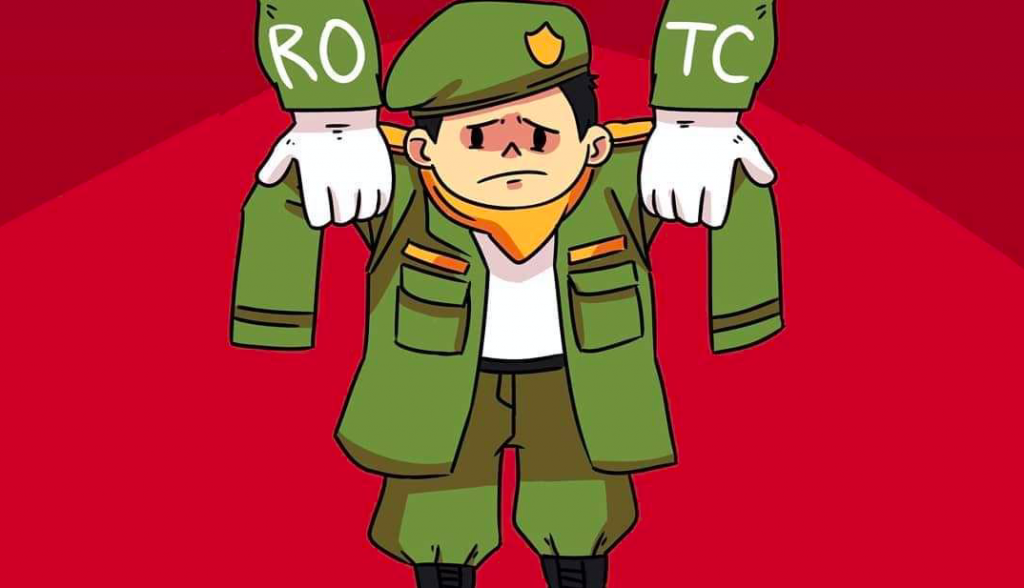 May 29, 2019 – To introduce mandatory military training for senior high school students aged 16 to below 18 is tantamount to the Philippines reneging in past international commitments on the protection of children from recruitment into the armed forces.

This is the message of umbrella alliance Child Rights Network (CRN), as the House of Representatives passed on third and final reading last week House Bill 8961 which seeks to introduce mandatory Reserve Officers Training Corps (ROTC) for Grades 11 and 12 in public and private schools nationwide.

Voting 167-4, the Lower House approved the bill in one of the last session days of the 17th Congress, without allowing further discussion especially on the implications of this move.

As State party to the UN Convention on the Rights of the Child (UNCRC), the Philippines has a legal and moral obligation to promote and enact policies that place utmost importance to the best interest of the child.

In 2008, the United Nations Committee on the Rights of the Child (UNCRC) stated in its Concluding Observations for the Philippine Government’s Compliance Report on the Optional Protocol on Children in Armed Conflict that military training for high school students, “promotes militarism and is contrary to the peacebuilding education of the State party and to the spirit of the Optional Protocol.” The Committee further recommended “the abolition of military content from the training, and to promote instead the values of peace and respect for human rights within the education system.” “School-age children should be educated to become productive and peace-loving citizens who are compassionate and caring, and not seeking to harm others,” the UNCRC added.

Using campuses for military training and, for some campuses the provision of a barracks, is inconsistent with Rules 22-24 of the International Humanitarian Law and other treaties that restrict the use of schools for military purposes.

Republic Act 7610 or the Special Protection of Children Against Abuse, Exploitation and Discrimination Act also states that “public infrastructure such as schools, hospitals, and rural health units shall not be utilized for military purposes such as command posts, barracks, detachments, and supply depots.” Article X, Section 22(b) of the same law specifically prohibits the recruitment/use of children in armed conflict. It states, “Children shall not be recruited to become members of the Armed Forces of the Philippines or its civilian units or other armed groups, not they be allowed to take part in the fighting or used as guides, couriers, or spies.”

Passing a law for mandatory ROTC is also inconsistent with the recently passed law concerning children in situations of armed conflict (CSAC), namely Republic Act No. 11188 which prohibits the recruitment of children. The same law has also declared children as “zones of peace,” which stands in stark contradiction to the move to make them undergo mandatory military training.

Experts also stress that introducing a militarist course in senior high school, at a time when students are at the height of their adolescence period, may also make them vulnerable to developing various risk behaviors sensitive to adverse and negative experiences that could impact them throughout their lifetime.

We reiterate: Instead of pushing for this dangerous move that will indubitably trample upon children’s rights, we recommend that the government review the NSTP Act and see how it can improve what is actually an already good law that adheres to international obligations, where military training for college students is voluntary, not mandatory.

Turning back on rights-based education

Child rights groups led by CRN would like to emphasize how the introduction of ROTC in the K-12 curriculum vastly runs counter to the human-development-oriented, rights-based education structured in the basic education curriculum. It introduces an enhanced focus on military training content that is bordering on the promotion of violence instead of civic duty, an appalling move that will be taught to 15 to 17-year-old Filipino children.

In previous speeches, President Rodrigo Duterte said that he is reintroducing ROTC in schools to instill patriotism among the young and help them inculcate self-discipline and keep them away from using drugs. Is mandatory military training the only way to instill patriotism and love of country? Will teaching students how to use firearms help curb the drug problem? These are assertions that neither have firm basis nor solid logic.

Children’s basic human rights, safety, and security will severely be undermined if and when HB 8961 is implemented, especially as it widens the military training content of the original training program, and includes content such as marksmanship training and weapons orientation. Has Congress reviewed how the proliferation and use of small and light weapons has become a significant cause of death and injury, especially among children? Has Congress addressed the fact that teaching children how to handle weapons at a young age can significantly promote the use of armed violence as a way to resolve conflict? Has Congress weighed in the serious threat posed by the possible increased military presence in schools for the delivery of ROTC, a fact that can make schools a veritable target of armed groups? These are essential questions that Congress has neither fully addressed nor even considered before passing HB 8961, making the move a haphazard, uncritical, and uninformed decision.

Backtracking on the lessons of history

To revive mandatory ROTC is to backtrack on various developments that have taken years to come into fruition.

Haven’t legislators remembered why mandatory ROTC was abolished at the tertiary level? How in March 2001, University of Santo Tomas student Mark Welson Chua was killed allegedly by his superiors in the ROTC, a grave incident that catalyzed the passage of the National Service Training Program (NSTP) Act, which has made participation to the ROTC optional. Chua was allegedly killed by his ROTC advisers whom he reportedly exposed for mismanagement of funds.

Before the passage of the NSTP Act, college students were vulnerable to the corruption and physical abuse under the ROTC. Now, the House of Representatives has in fact worsened the issue, by making the ROTC a required course in senior high school.

There is still time to correct this grave error. Instead of instilling militarist lessons on children, we urge the government to again follow UNCRC’s recommendation in 2008 for the state “to develop and implement training programmes and campaign to promote the values of peace and respect for human rights and include the subject of peace education and human rights as a fundamental subject in the education system.” ###

Child Rights Network (CRN) is the largest alliance of organizations and agencies pushing for children’s rights legislation in the Philippines. CRN has a membership of 46 organizations across Luzon, Visayas, and Mindanao.